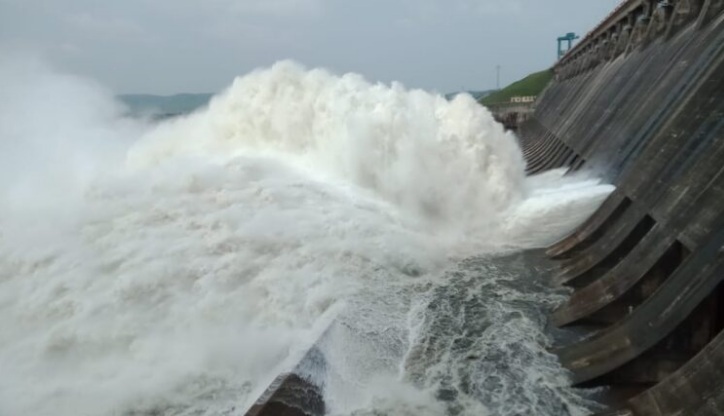 Sambalpur: The Hirakud Dam is releasing excess water through 24 gates due to heavy rainfall in the upper catchment areas, dam authorities informed.

At present, the water level in the dam stood at 628. 39 ft by 6 am against its water holding capacity level of 630 feet. 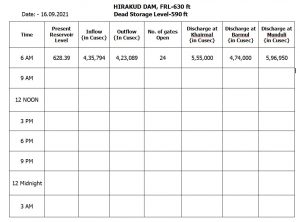 The people living in low lying areas have been warned not to venture into the river. Heavy rainfall across Odisha has caused severe flooding.