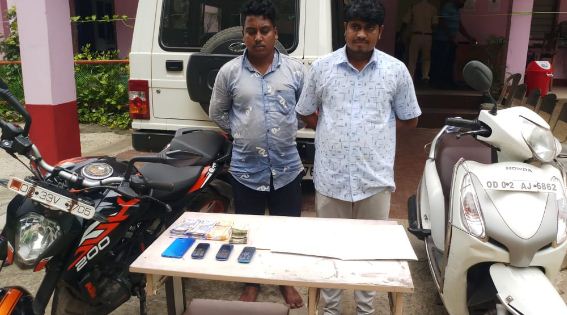 Bhubaneswar: Commisionerate Police have seized 25 grams of brown sugar at Atalgad under the police limits of Khordha district and arrested two persons in this connection on Saturday.

The arrested have been identified as Sk Jamshed of Soro in Balasore district and Bapi Nayak of Pahala area.

Acting on a tip-off, a team of Balianata police conducted the raid at Atalgad and nabbed the duo. The police also seized cash Rs 48,000, two motorcycles and four mobile phones.

An investigation into the matter is on.