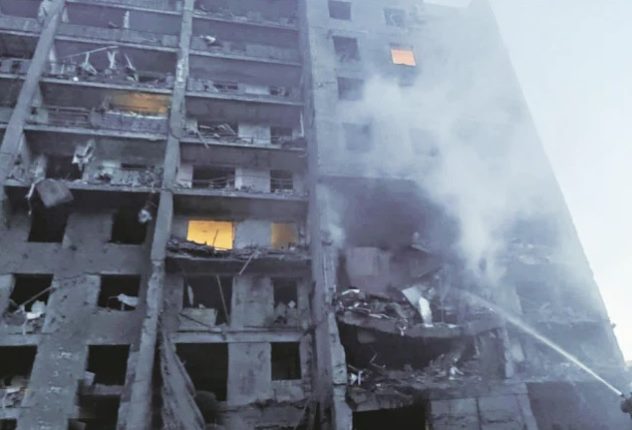 Kyiv: At least 21 were killed after missile attacks by Russia struck a residential tower and a recreational centre in the southern Ukrainian region of Odessa.

Serhiy Bratchuk, spokesman for the Odesa regional administration, said 21 people had been confirmed killed, including a 12-year-old boy. Among the fatalities was an employee of the Children’s Rehabilitation Center set up by Ukraine’s neighbour Moldova in the resort.

According to Ukraine’s Security Service, 38 other people were hospitalised with injuries, including six children and a pregnant lady.

The regional governor said the missiles had been fired from the direction of the Black Sea.

In his nightly video address on Friday, Ukrainian President Volodymyr Zelenskiy denounced the strike on the apartments and seaside site as “conscious, deliberately targeted Russian terror and not some sort of error or a coincidental missile strike.”

With its combat forces concentrated in the industrial Donbass region of eastern Ukraine, Russia has increased the number of missile strikes across the nation by more than twofold over the previous two weeks.