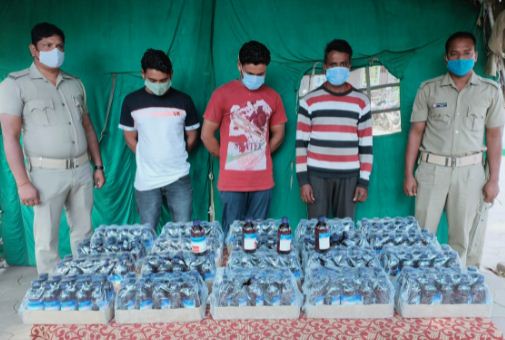 Bolangir:  As many as three persons were arrested by the police for smuggling adulterated cough syrups in Bolangir district.

The accused have been identified as Suraj Meher, Raja Meher of Bibhutipada, and Saroj Bishi of Indira Nagar.

Acting on a tip-off, police conducted a raid and arrested the accused. The cops also seized 204 bottles of Escuf cough syrup, 3 liters of adulterated cough syrup, one scooter, Rs 6625, and tablets from them.

Following this, a case has been registered against the accused and they will be forwarded to court, the police said.

Brown Sugar Worth Rs 33 Lakh Seized In Pipili, One Held