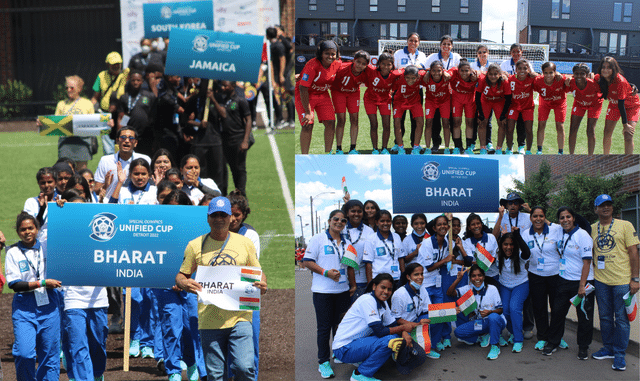 Detroit: The 2022 Special Olympics Unified Cup, presented by Toyota and modelled after the FIFA World Cup™ officially kicks off at the Corner Ballpark, Detroit. In anticipation of the Opening Ceremony for the Unified Cup Detroit 2022, more than 100 Law Enforcement partners, Special Olympics athletes, and Unified partners took to the streets of Detroit as part of the Final Leg for the Law Enforcement Torch Run (LETR). They participated in a 2.5 mile run through city, promoting the Inclusion Revolution by carrying the Flame of Hope. It was a chance that the SO Bharat officials, while walking through Downtown Detroit came face to face with the LETR runners.

Stay up to date with everything Unified Cup by downloading the App on your smartphone. Follow your favorite teams and players, get real-time updates, and explore everything Detroit has to offer! Visit the App Store or Google Play and search “Unified Cup”