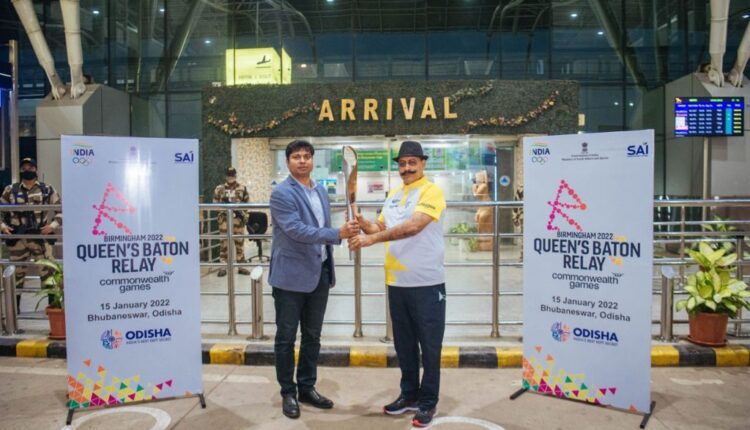 Bhubaneswar: The Queen’s Baton for the 2022 Commonwealth Games reached Bhubaneswar today and was received and welcomed by Chairman, Odisha Hockey Promotion Council, Dilip Tirkey and officials of  Sports and Youth Services Department, Govt of Odisha and Odisha Olympic Association at the Biju Patnaik Airport. Eminent Sportspersons of Odisha, Anuradha Biswal and Shradhanjali Samantray were also present to welcome the Queen’s Baton. 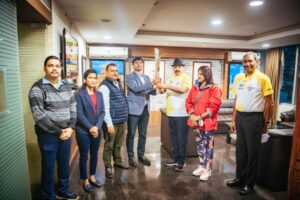 The relay baton will stay in the city tonight.

Tomorrow, the Queen’s Baton accompanied by officials, will tour to Puri and Konark where it will be received by dignitaries and district administration before returning to Bhubaneswar for the symbolic Relay at the Kalinga Stadium, where eminent Sportspersons of the State will participate.

It is a momentous and historic occasion for us. It is a great honour for our state of Odisha to receive the Queen’s Baton and be part of  its journey prior to the commencement of the Commonwealth Games 2022. All arrangements befitting the Queen’s Baton and its Relay has been made by the State Sports Department,  shared, Dilip Tirkey. 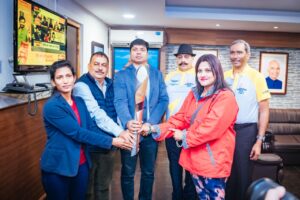 The Queen’s Baton Relay is a Games tradition that celebrates, connects and excites communities from across Commonwealth during the build-up to the Games.

The Relay began on October 7, 2021 at Buckingham Palace, where Queen Elizabeth II placed her message to the Commonwealth into the Baton, signifying the start of the 294-day Relay to the 72 nations and territories of the Commonwealth.

The 2022 Commonwealth Games Queen’s Baton relay will be conducted maintaining all COVID-19 protocols of the state and central government. The Baton will leave for Singapore on January 16.