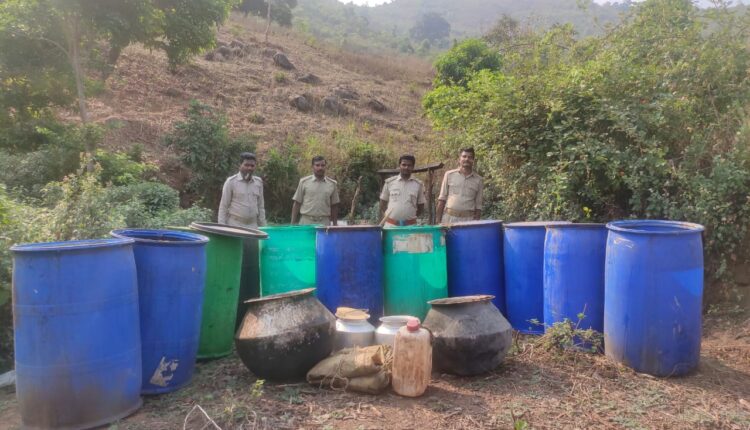 Acting on a tip-off, a team led by in-charge Bhawani Shankar Sethi conducted a raid and destroyed illicit liquor. The cops also seized 20 litres of illicit liquor, 11 plastic drums of 200litres each, and raw materials used in manufacturing. However, the accused managed to escape from the spot.