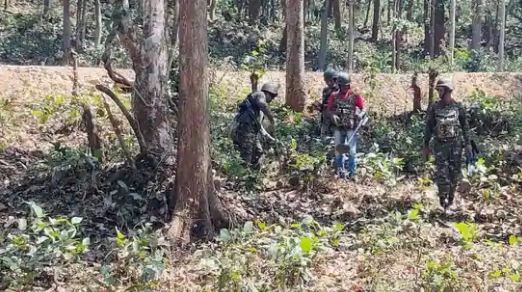 Malkangiri: Two security personnel were killed in two separate incidents when Maoists set off improvised explosive devices (IEDs) in Narayanpur of Bastar region in the neighbouring state of Chhattisgarh on Tuesday and Wednesday.

The first incident took place in Sonpur police station area on Tuesday evening when a team of Indo Tibetan Border Police (ITBP) was returning after an operation when the incident took place. Constable L Balachandra died in an IED blast.

The constable died in a directional pipe IED blast, 2 km from Sonpur towards Kundla around 6.30pm, when the party was returning from demining duty. He was from Tamil Nadu. On Thursday, after postmortem and last honors, the constable’s body would be sent to his home town.

In another incident on Wednesday afternoon, a constable of district reserve guard (DRG) died in an IED attack.