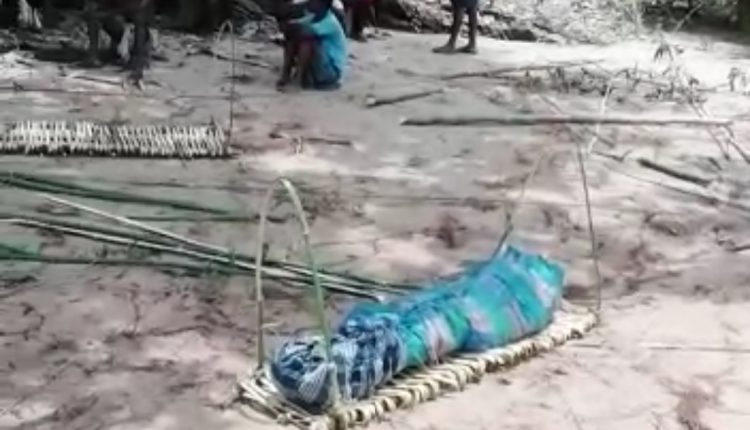 Koraput: Two persons died in a mudslide inside Malipadar forest within Gupteswar Panchayat in Boipariguda of Koraput district on Thursday.

According to reports, a group of people from the village had gone to the forest to collect produces on Tuesday. However, when they failed to return home, family members carried out a frantic search, but in vain.

This afternoon, some villagers who were fishing in the nearby Saberi River noticed dead bodies under the mud pile and informed the villagers and the local police.

The villagers managed to pull out the bodies of Trilochan Dharua and Jaydev Dharua from the rock cave.

However, the bodies of Madhav Chalan and his wife Samari Chalan are still trapped under the debris and efforts to recover them will be carried out Friday morning, sources said.

It is being assumed that the victims were taking shelter in a rock cave during heavy rains when a huge pile of soil caved in trapping all inside.