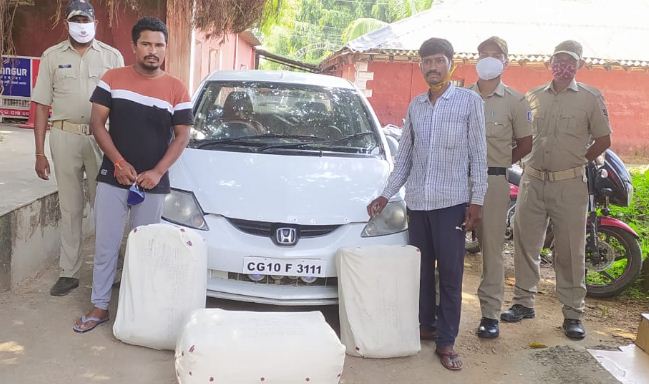 Jharsuguda: Police have arrested two interstate ganja smugglers with the seizure of a huge cache of ganja from a car in Jharsuguda district.

The arrestees have been identified as Chirnajibi Naik (34), of Khaliapalli under Junagarh police station limits in Kalahandi district and Purandar Majhi of Buhidhar village.

Acting on a reliable input, police intercepted the vehicle at NH-10. Upon searching, the cops found 74 kg of ganja packed in three gunny bags and seized them. They also seized two mobile phones, Rs 1000 and a driving license, and Aadhar card from their possession.

During interrogation, the accused have confessed that they procure ganja from the area of Koraput and were transporting them to Kota, Rajasthan.