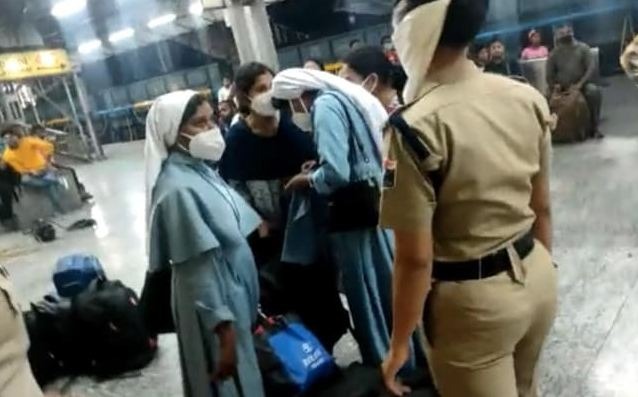 2 Arrested For Forcing Nuns To Alight Train In UP

Lucknow: The railway police in Uttar Pradesh’s Jhansi has arrested two people in a case related to the harassment suffered by the nuns belonging to a Kerala based congregation during a train journey last month.

“In the case of forceful deboarding of nuns and teenagers from coach B-2 of Utkal Express at Jhansi railway station on 19 March 2021, the district administration and police administration have detained Anchal Arjaria and Purgesh Amaria for involvement in the incident. Against will be taken against others also,” a statement from the Jhansi administration said.

A railway police official said on record last night the men had been arrested.

Reports said the arrested men are affiliated to right wing groups in Jhansi.

The nuns and their two novices were heckled and forced to get off a train in Uttar Pradesh’s Jhansi by members of the Akhil Bharatiya Vidyarthi Parishad (who suspected them of conducting religious conversion) and people from other right wing groups on March 19. They were allowed to proceed only after an inquiry at the railway station established there was no conversion involved. The ABVP is the student’s wing of the Rashtriya Swayamsevak Sangh, the ideological mentor of the BJP.