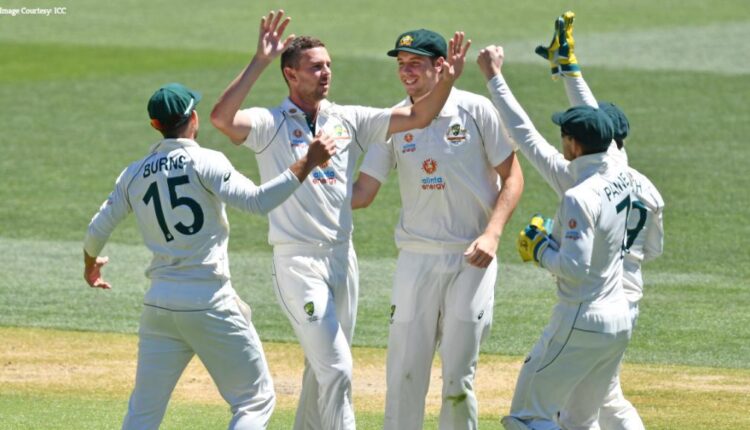 Sydney: Australia defeated India by 8 wickets in the opening Test of the four-match series at the Adelaide Oval.

India were handed a defeat by Australia on the third day of the first Test.

Chasing 90, Joe Burns hit a 63-ball fifty to give Australia a 1-0 lead in the series. Matthew Wade also pitched in 33 runs before being dismissed by a runout. Ravichandran Ashwin was the only bowler to take a wicket.

The hosts were handed a paltry target of 90 runs, which openers Joe Burns and Matthew Wade made all the more comfortable with a 50-run partnership. India posted their lowest-ever total in Test cricket when they managed only 36/9 in the second innings.

The visitors, who were on the front-foot at stumps on Day 2, put up a terrible show with the bat to get the unwarranted record. Resuming their innings at 9/1 on Day 3, nightwatchman Jasprit Bumrah was the first one to depart after he handed a simple return catch to Pat Cummins.

Josh Hazlewood and Cummins were the top performers with the ball, accounting for five and four wickets respectively.