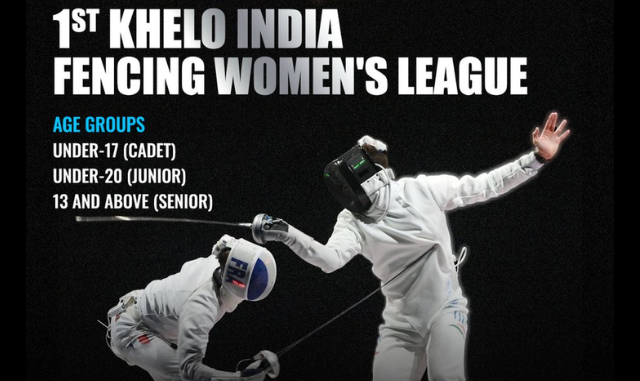 Youth Affairs and Sports Ministry said the first-of-its-kind national fencing competition for women will take place until 29th of this month.

“It will be held in over three phases. A total of one crore 54 lakh has been sanctioned by the Sports Authority of India over the conduct of the league. The prize money for each phase has been earmarked at over 17 Lakh rupees,” the Minister said.

Over 300 women across twenty States have registered to participate in the event. Tokyo Olympiad and Target Olympic Podium Scheme athlete Bhavani Devi will be a participant in the league in the Senior category Sabre event. She is representing the State of Tamil Nadu.