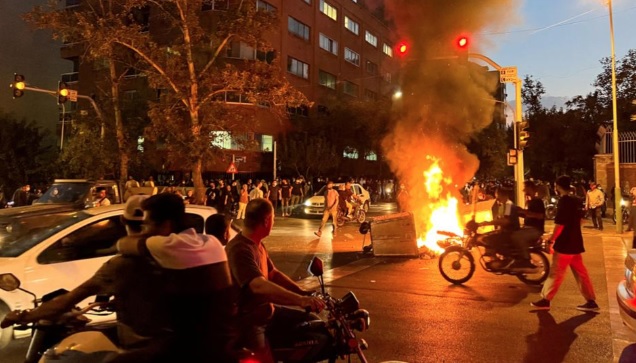 Tehran: At least 19 people including a Revolutionary Guards colonel were killed during gun battles in the southeastern Iranian province of Sistan-Baluchestan.

According to reports, terrorists attacked a police station in the guise of Friday prayers, and threw stones and flammable materials, and shot in order to seize the police station. The attackers also set fire to other public property including chain stores, and vandalised banks and government centers.

Among those killed in the attack is the commander of the intelligence unit of Iran’s Islamic Revolution Guards Corps in Sistan and Baluchestan, Ali Mousavi.

It was not immediately clear whether the clashes were connected to the wave of unrest that has swept Iran since the death of Kurdish woman Mahsa Amini in morality police custody earlier this month.