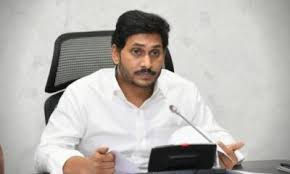 Amaravati: A 16-member Special Investigation Team (SIT) headed by IPS GV Ashok Kumar was formed by Andhra Pradesh government to investigate the attacks on temples in the state.

The team will investigate into all incidents pertaining to temples and desecration of idols which were reported since September 2020 till today.

According to a memorandum from the office of Director General of Police, the SIT will co-ordinate with Superintendents of Police and local personnel to identify the linkages by studying the pattern of the above crimes.

The SIT chief can ask the DGP for any additional personnel or logistical support as and when required. He will monitor and supervise all proceedings in order to file final reports in the jurisdictional court.

IND vs AUS: Rishabh Pant gets injured with hit on the elbow, taken for scans