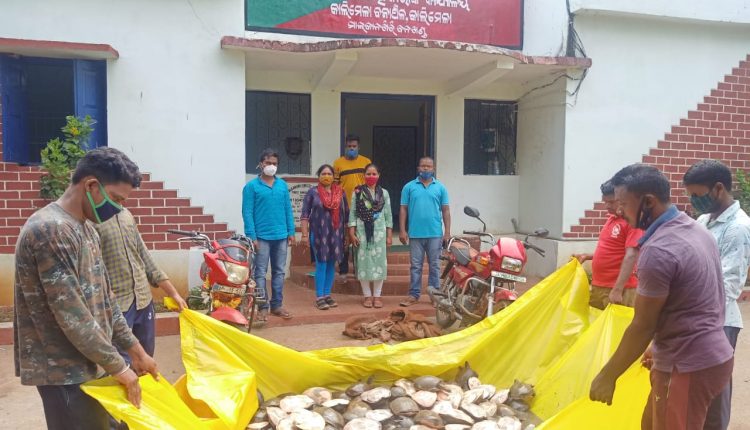 Malkangiri: In a major breakthrough, Kalimela range forest officials on Thursday seized over 150 alive tortoises and turtles near MPV-65 while being smuggled from Andhra Pradesh to the district.

The smugglers, however, fled from the spot after getting information about forest officials’ raid.

According to forest officials, the tortoises were reportedly smuggled to prepare delicacies in restaurants of southern Odisha. All the tortoises and turtles were rescued and will be released into a nearby river.

Meanwhile, a case under Wildlife Protection Act, 1972 has been registered and two vehicles have also been seized. Police have launched a manhunt to nab the accused and further investigation is underway.

PM to chair meeting of CSIR Society on 4th June