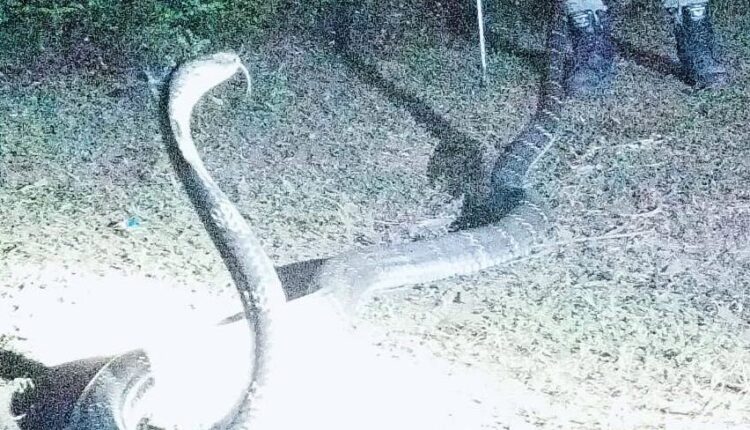 Dhenkanal: A huge King Cobra was rescued from a house in Hindol forest range in the district on Tuesday night.

According to sources, the giant venomous snake was rescued with the help of a snake catcher from the residence of Jagabandhu Pradhan, a local of Kantamila village in the district.

Reportedly, Jagabandhu’s family spotted the giant snake around 7:30 pm. Following this, he immediately informed the snake catcher, Sushant Kumar Sahoo of the Bantala area, to rescue the reptile from the house.

Sushant along with his three associates reached Jagabandhu’s house and cautiously rescued the snake.

Later, the snake was released in the forest in the presence of forest guard Manoj Kumar Behera and other officials of the Hindol range.