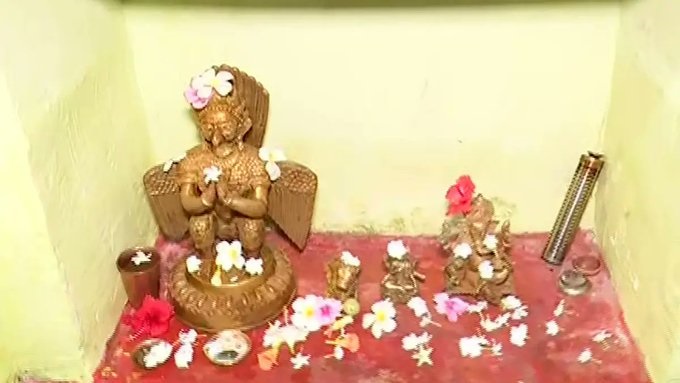 Cuttack: As many as 14 brass idols were recovered from under a house during excavation at Naharanga village under Gatirautpatna police limits in Cuttack district on Saturday.

The idols were found under the house of Dinabandhu Behera.

According to house owner Behera, he got an order in his dream to excavate a certain place in his house to recover the idols.

Later, the house owner with the help of locals dug up an area and excavated the idols. Following this, hundreds of local people are thronging his house in the wake of the development.

Meanwhile, Cuttack Sadar police visited the spot and launched an investigation into the incident.

Eating Banana & Curd In Breakfast To Have These Benefits