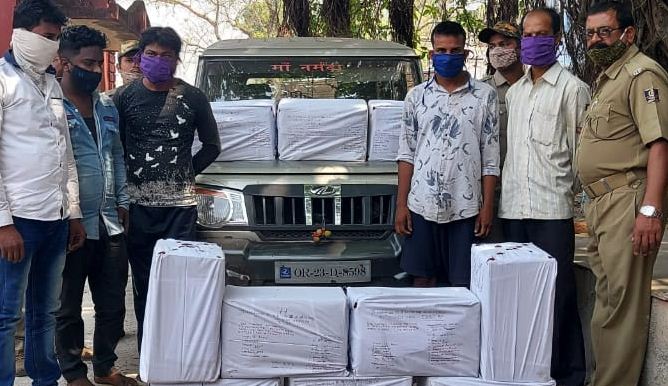 Jharsuguda: As many as five persons have been arrested by the police for smuggling adulterated cough syrups. The arrested persons have been identified as SK Amjad (37), Ankush Bhagat (28), Gulam Asraf (29), Bharat Singh Yadav (42), and Amit Sahu (29).

As per reports, SI SS Lugun along with the police team was on COVID-19 enforcement duty at Beheramaal when they intercepted a vehicle, en route to Sambalpur.

On searching, police found 1200 cough syrup bottles packed in 10 packets from the vehicle. After packets were seized by the police, two accused persons managed to escape from the spot, while five others were nabbed.

A case has been registered under relevant Sections of the IPC and the accused persons were forwarded to court, officials said.

Besides, a manhunt has been launched to nab the absconding accused persons.