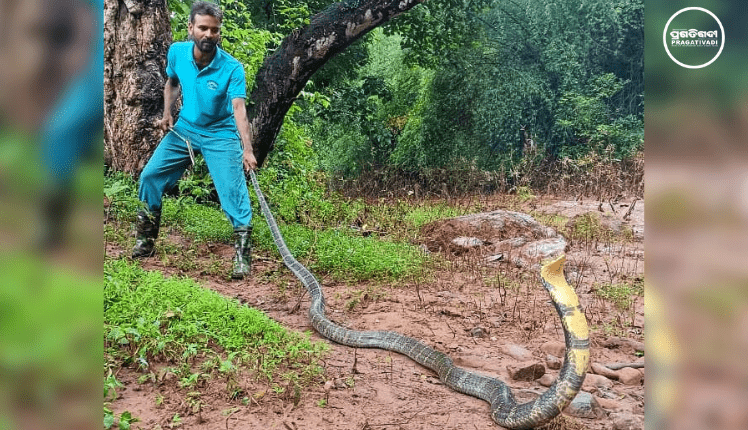 Angul: A 12-ft long king cobra was rescued from a water body near Lord Shiva Temple at  Gadataras village in Odisha’s Angul district on Tuesday.

According to reports, some villagers spotted the reptile crawling near a water pit close to the temple and informed the snake rescuers in Angul.

Snake rescuers Aditya Behera, Shibani Shakar Dehuri, and Biju Bhoi then reached the spot and released the snake into the wild in presence of forest officials of Bantal.

King cobra is ‘vulnerable’ species as per the International Union for Conservation of Nature.

Another 634 COVID-19 patients recover in Odisha