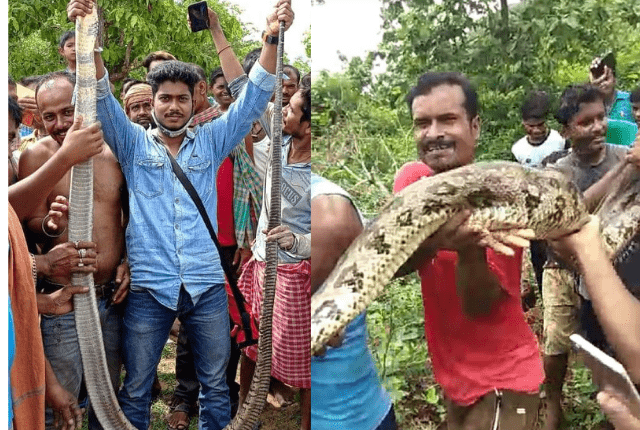 Jajpur/Malkangiri:  While a 12-feet-long python has been rescued from a forest in Jajpur district, a king cobra was rescued from a person’s house in Malkangiri district on Sunday.

After getting information the forest guard Aswini Kumar Sahu and forest official Rajat Kumar Mohanty reached the village and rescued the python with the help of the villagers.

Later, the forest officials released the snake at a lonely place into the Kapilas jungle.

In another incident, a King cobra was rescued from a person’s house at Tatiguda village under Kalimela block in Malkangiri district. The reptile was 12 feet long as per the locals who witnessed it. Later, the snake was released into the jungle.