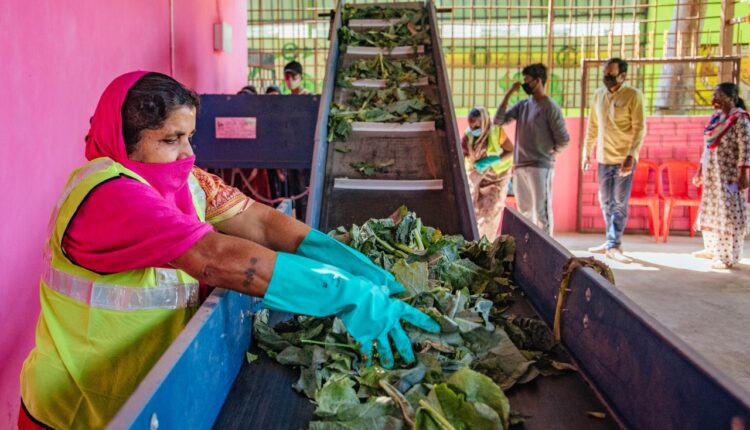 Bhubaneswar: The Bhubaneswar Municipal Corporation (BMC) has set a target of making eleven Micro Composting Centres (MCCs) in the capital city functional by the first week of December. Each MCC has the processing capacity of up to five tonnes per day. These facilities will convert wet or bio-degradable waste into compost and can greatly help in addressing waste management issues in the city.

Besides, the state’s largest Civic Body is also planning to make functional of another 10 MCCs by end of December. “We are working relentlessly to start operation of as many as MCCs in the city soon after completion of its construction and getting necessary manpower to run these facilities. These MCCs will ensure that wet or biodegradable waste generated from the households are processed and converted into compost,” said Shri Suvendu Kumar Sahu, Deputy Commissioner (Sanitation), BMC.

The BMC has roped in Swaccha Sathis selected from various women self-help groups (SHGs) are provided training on how to handle segregated biodegradable waste, shred and process it to make compost. After training, the Swaccha Sathis will produce compost from the waste which will be sold in the markets at nominal prices. Proceedings from the sales will be used for the development of their MCCs and payment or wages of Swaccha Sathis. As per the plan, one SHG will be attached to each MCC. Four of its members will work as Swachh Sathis.

Meanwhile, the Civic Body is carrying out a campaign in the city to sensitize residents on source segregation of waste for effective management of Micro Composting Centres (MCCs) at ward level. As part of the campaign officials of BMC sanitation wing visited households and markets across the city to educate people about segregating waste at their end.

Swachh Sathis will act as change agents to bring about collective behavioural changes at the household level for door-to-door collection of segregated waste and ensure decentralised composting of wet waste and collection of dry waste.