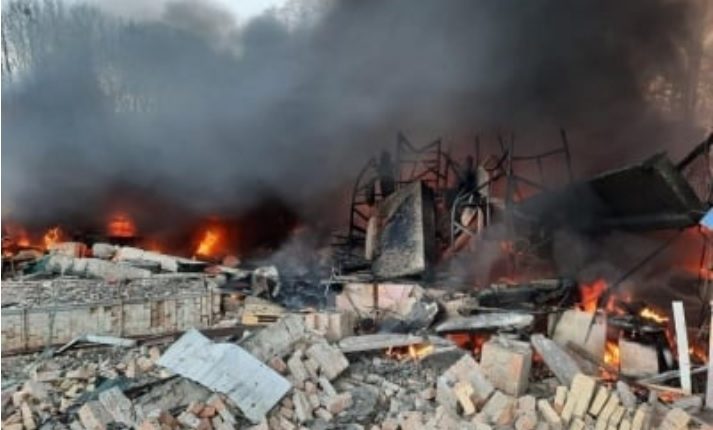 Kyiv: At least 11 people were killed in missile attacks in Ukraine’s Dnipropetrovsk region, the local military said on Wednesday.

“A tragic night in the Nikopol area the Russian army killed 11 people and injured 13,” the head of the Dnipropetrovsk military administration Valentyn Reznichenko said.

More than 20 buildings were damaged in Marganets, he said.

After failing to capture the Ukrainian capital of Kyiv early in the war, Russian forces have focused on the east and south, where pro-Moscow separatists have controlled territory since Russia annexed Crimea in 2014.