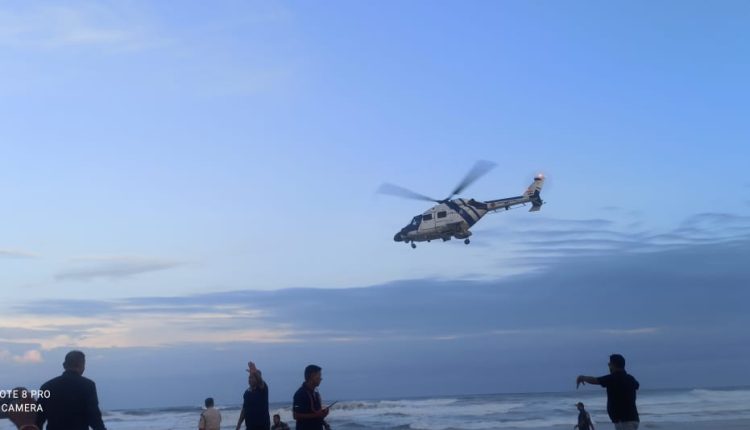 Ganjam: A fishing boat with 11 fishermen stranded at sea off Odisha coast near Sunapur in Ganjam district are being airlifted by the personnel of the Indian Coast Guard.

Till the last report came in as many all fishermen have been airlifted.

After the Ganjam district administration raised an alert and informed about the matter Special Relief Commissioner Pradeep Kumar Jena, the SRC office coordinated with the Coast Guard DIG at Paradip following which a rescue operation was immediately launched with the help of a chopper.

“I called up the Indian Coast Guard authorities who immediately launched a rescue operation. As per the latest information, all persons have been rescued,” said Odisha Special Relief Commissioner PK Jena.

Reportedly, some fishermen reported to be residents from Chikiti area of Ganjam district were returning from Vishakhapatnam to Ganjam on a boat. However due to some technical glitches in the boat, they were left stuck in the sea around 1 km from the coast near Sonepur in Ganjam, Jena told reporters.