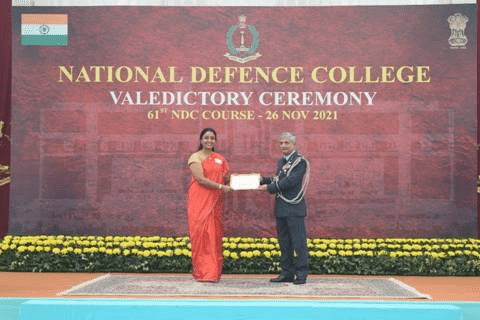 The valedictory function was presided over by NDC CommandantAir Marshal D Choudhury.

The one-year course enables the officers to qualify for an M Phil degree in Defence and Strategic Studies from the University of Madras.

The Commandant in his valedictory address congratulated all the members of the 61stNDC course for successfully completing the curriculum centred on Nation Security and Strategy.

He highlighted that the various modules of the course establish a foundation for bright and experienced officers in preparing them for higher strategic leadership and policy-level responsibilities. The degrees will be awarded later in a convocation ceremony. 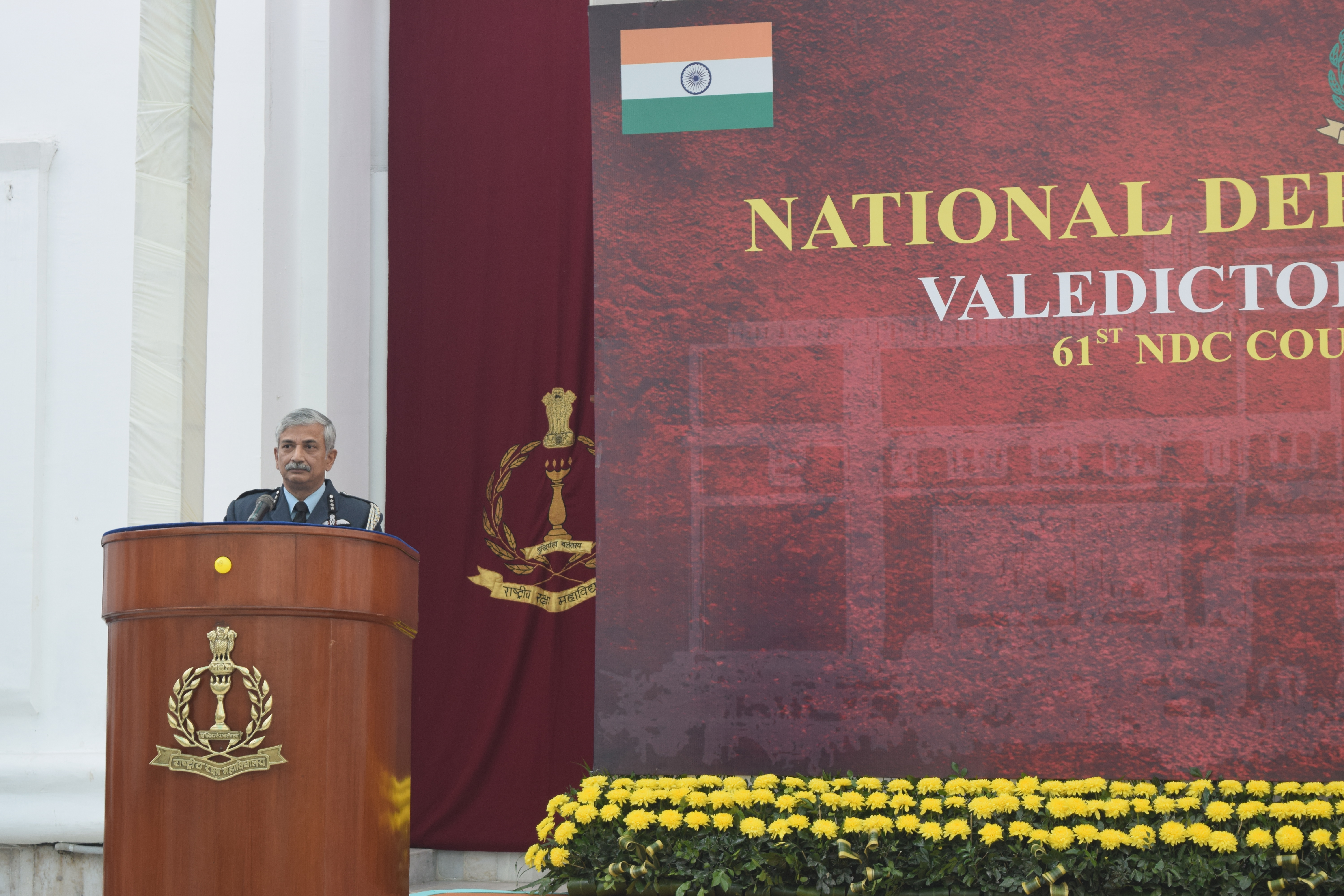 The knowledge and experience gained here will enable them to engage issues of national security holistically and formulate policies based on research and informed inputs.

Air Marshal D Choudhury also added that the graduates must adopt multi-disciplinary and out of the box approaches on matters of National issues at the strategic level, both in policy formulation and its execution.

He encouraged all the members to continue their connection with their Alma Mater, and equally importantly amongst each other.

This would allow the bond of friendship developed at the NDC to become a catalyst in cooperation both at national and international levels.

After all human friendships are not only enduring, they are the bedrock of relations between nations. He wished all the Course members the very best as they resume their journeys of career and life.

Situated in New Delhi, the NDCis India’s apex institution of learning for the study and practice of National Security and Strategy. Established in 1960, it has over the years earned a reputation for excellence and gained world renown.

It is dedicated to the intellectual development and strategic enculturation of selected senior officers of the armed forces and civilian government services of India and those from foreign countries, for higher leadership positions and responsibilities.