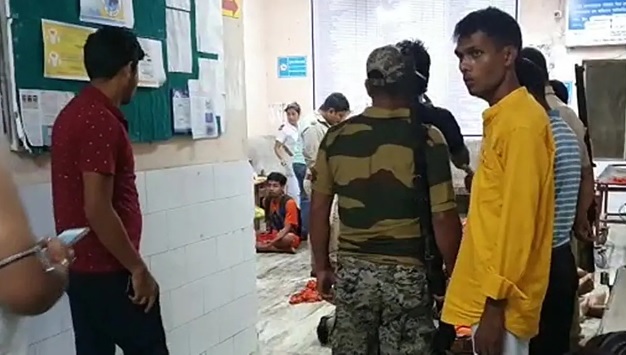 Kolkata: At least 10 people were killed while several others sustained injuries after a pick-up van they were travelling allegedly got electrocuted in West Bengal’s Cooch Behar.

According to reports, the accident took place at Dharla Bridge under Mekhliganj police station limits where a pick-up van carrying passengers got electrocuted on its way to Jalpesh.

Out of 27 passengers, 10 were declared dead at a nearby hospital.

The condition of one person remained critical, while 16 were referred to a hospital in Jalpaiguri for treatment. A few of them were discharged later, reports added.

According to the police, the incident might have taken place due to the wiring of the generator of the DJ system in the van.

The senior police officer further informed that all of the passengers belonged to Sitalkuchi PS area.

Odisha: Temperature To Remain High During Next 3 Days

Special Drive Against Helmetless Riders On NHs, SHs From…