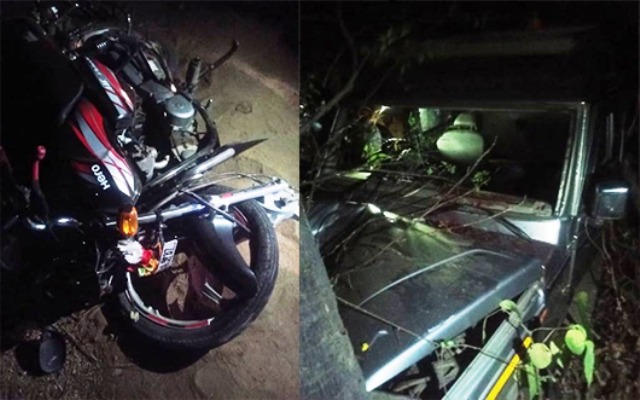 Deogarh: As many as 10 persons were injured in a head-on collision between an SUV and a motorcycle near Shani Temple located along the Chhendipada-Budhapala road on Sunday.

According to reports, the accident took place this evening, when an SUV ferrying five persons was en route to Barkote from Chhendipada after attending an engagement ceremony.

Meanwhile, three persons speeding on a bike hit the  SUV head-on near the overbridge on Tikira river injuring several persons.

On intimation, Kundheigola police reached the spot and the injured were taken to Chhendipada CHC. However, one Bulu Pradhan, who was travelling on the bike, was shifted to Angul DHH as his condition was critical.

Reportedly, the police have seized both the ill-fated vehicles and launched a probe into the incident.

Pregnant woman carried on stretcher to reach ambulance in Rayagada