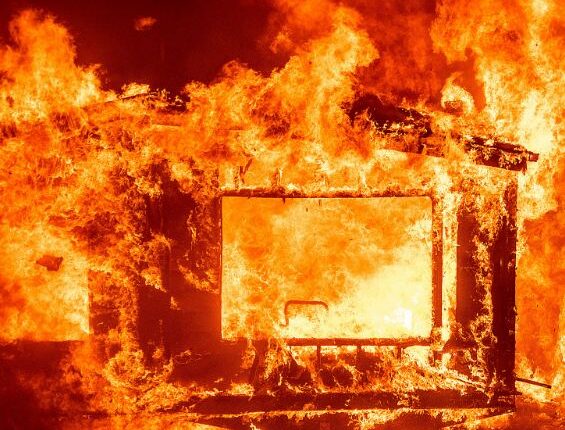 Bhadrak/Rayagada: At least 10 houses were gutted in fire that broke out at Balajitpada village under Kalei panchayat of Bhadrak district.

According to sources, the blaze erupted in a house at around 11 pm on Thursday while the residents were asleep when a group of neighbours alerted the former about the fire.

The cause of the fire has not been ascertained yet. However, the blaze was brought under control by a team of firefighters.

The entire property belonging to four families was burned to ashes.

In another incident, two minor girls, aged 10 and 12 years old,  were charred to death while guarding a vegetable farm in Lakris village under Kashipur Talajagi gram panchayat in Rayagada district. Reportedly, the duo was unable to come out of the hut following which they were engulfed by the flames.