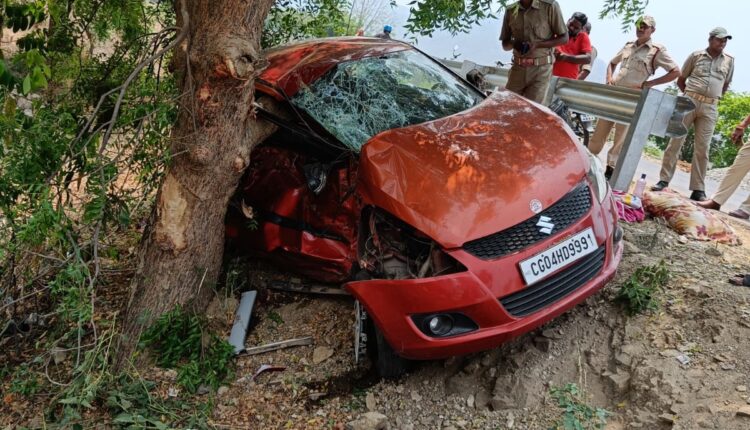 Boudh: One person was killed and three others were critically injured near Harekrushnapur under Boudh police limits on National Highway (NH) 57 on Thursday.

The deceased has been identified as Deepak Bhader of Chhattisgarh’s Raipur and the injured have been admitted to the Community Health Centre (CHC) at Purunakatak.

According to reports, the incident took place when the car in which they were travelling hit a tree on the roadside.

While Bhader was killed on the spot, his wife and their two daughters became critical and their health condition is stated to be critical.

Bhader along with his wife and their two daughters was travelling from Raipur to Puri to have darshan of Lord Jagannath when their car met with an accident.

Police have seized the body and have sent it for post-mortem.

Chief Secretary In Malkangiri To Review Progress Of Various Projects